Falcao: Those goals happen when you’re at your most inspired

Few footballers become so iconic at a club in so little time as Radamel Falcao in his two seasons at Atletico Madrid.

His work rate, his goals, his charisma, his way of showing up in big games, it all made him an idol for fans, more than even in the 3-0 Europa League final win over Athletic Club in 2012 with two goals from the Colombian.

«They were two teams from the same country, Athletic were very good and had a very good season, we came improving as a team as the season went on,» Falcao recalled.

«I remember that we were in our own half, defending, we got the ball back and Diego sent it forwards, I was alone and tried to wait for the team to catch up.

«Once I was in the box Diego went past and ran diagonally to take my marker, I was one-on-one with [Fernando] Amorebieta and I thought if I dummied I’d have an angle to shoot. 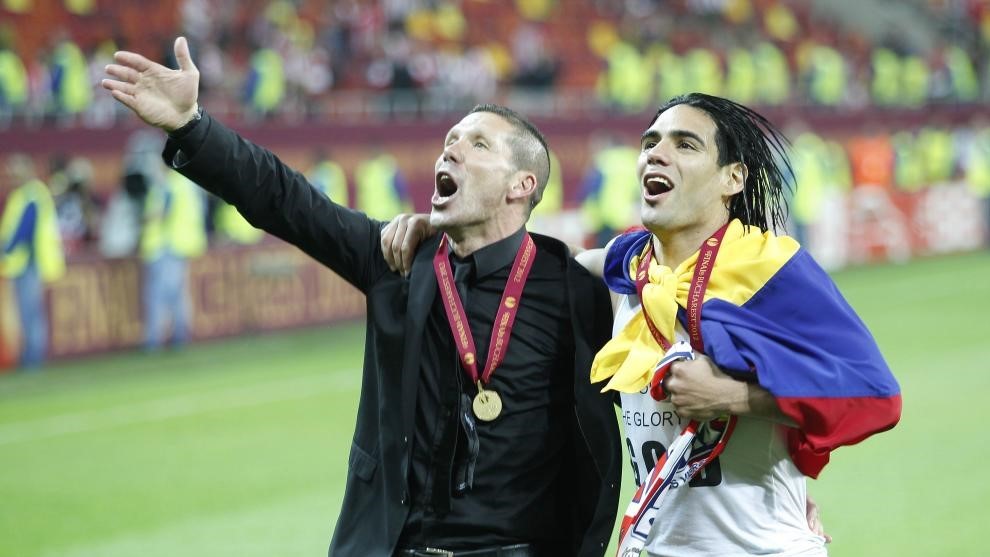 «Then I dummied and took the ball to be left foot and I had an angle to shoot, I went for the far post on my weaker foot, because I’m right-footed.

«My dad always insisted that I tried that shot and in the end he always said, ‘when are you going to score at the far post?’ and just in that final it came off!

«Those types of goals happen when you’re at your most inspired, when you have complete control of the situation.

«In the photograph of the situation I knew I had my back to goal, my aim was to try to have my back to goal to turn and have a shooting angle, it’s a situation which only happens when you’re at your most inspired.»

Falcao was a hero at the Estadio Vicente Calderon, scoring 70 goals in 91 games before leaving for Monaco in 2013.